Design exploration stretches our boundaries. It raises questions and makes unknowns known. It hints at DO's and DON'Ts. It maybe even hints at cause-and-effect relationships. That's why I'm taking the Natural language Forms pattern and exploring it with a few sketches. More so, I'm also asking for you to get involved - by submitting additional variations to be re-published here (or comments). And if we do a good enough job, perhaps where this patterns works more so than not will become a little clearer. Here we go ...

A The Default Natural Language Pattern 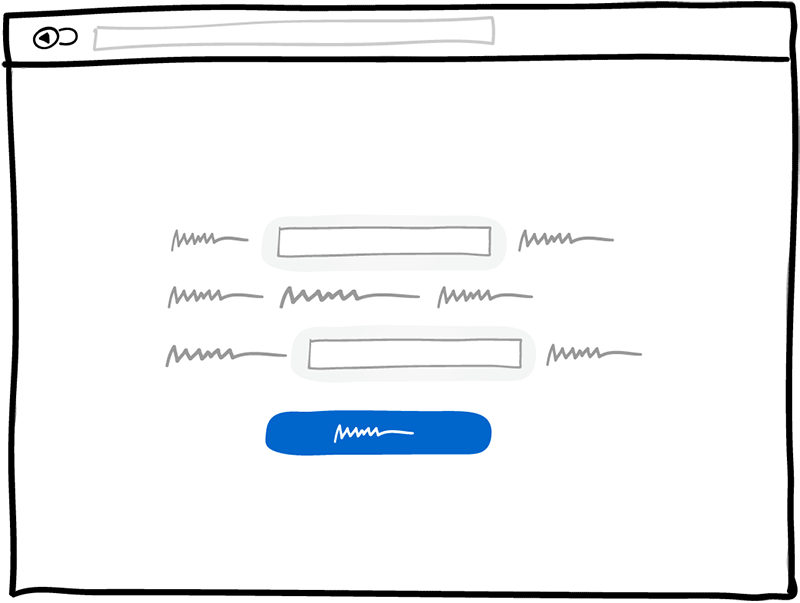 This is the default natural language form pattern. It's a series of form fields weaved together into sentences. Form fields are not top-alignd, but contextualized into a narrative. This is the starting point of the exploration.

Natural language forms tend to move away from traditional top alignment and raise the question about visibility of the fields themselves. It seems that scanning may be somewhat negatively affected as fields are scattered throughout the page and surrounded by words. As a reaction, this idea explores whether some form of emphasis may be needed for such fields. In this variation, the full line is highlighted based on the selected field. This way more attention is directed to the current form field. Are fields embedded in sentences less visible and therefore hurt conversions?

Label positioning is another aspect which seems to be affected by natural language forms. It's rather difficult to top-align labels when fields are wrapped in sentences (without increasing line spacing or padding). This variation aims to offer a solution by keeping labels as close as possible to the form fields by always preceding them (left of the field). Should field labels precede natural language forms for greater clarity?

Natural language forms have by definition more copy. Some of the additional text could be used to repeat (amplify) a given reason for filling out the form. These subtle reminders could be placed in between or after form fields to increase the motivation to act. Do the words in between the form fields have more of an effect on conversions than the form alignment or positioning itself?

Natural language forms are more conversational and this variation takes this one step forward. It actually starts off with a first person greeting - suggesting that the visitor is actually greeting the recipient of the form / business owner. This raises two questions. Does a first person narrative increase a sense of ownership of the form and leads to higher conversions? Does a greeting project a friendly and personal tone, possibly giving the impression that a similar response can be expected in return? 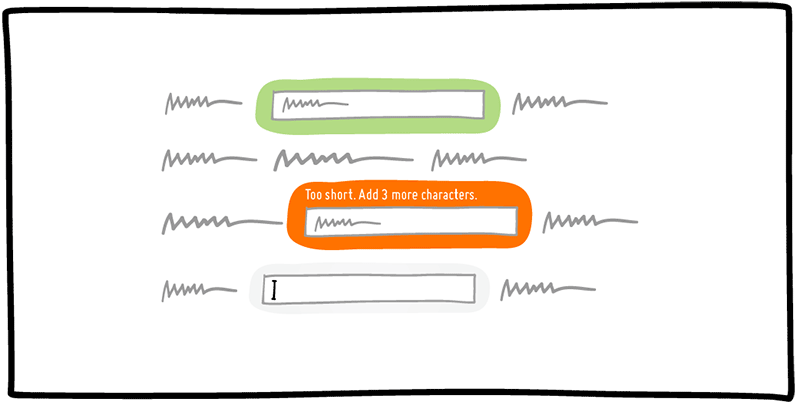 Inline validation may equally be difficult when fields are wrapped with contextual sentences. This variation highlights completed fields with either a green or red border as a layer of feedback. More so, fields with errors may contain a subtle constructive message on how to resolve the situation. 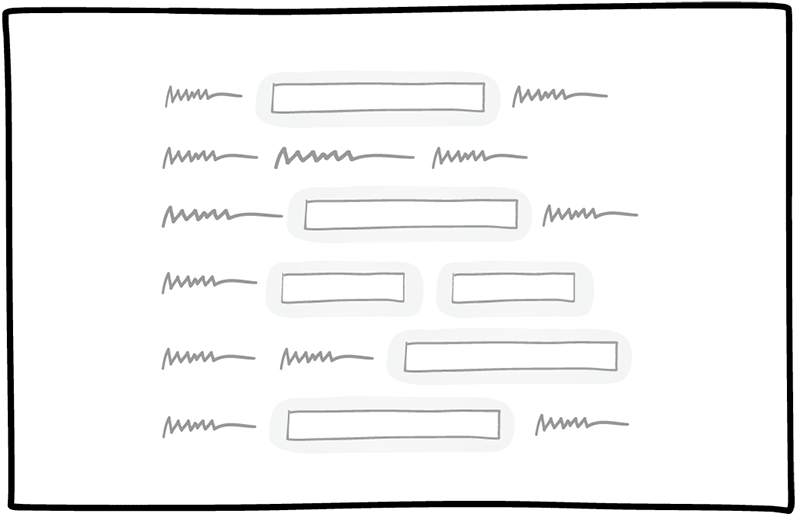 What if we have more than just a few form fields? What if there are 10 or 20 form fields which are wrapped in sentences? Could this lead to more fields being missed due to difficulty of scanning? Is there a threshold where natural language form fields become inefficient and impact conversions negatively?

H One Field Per Line

This variation limits the number of natural language form fields to one per line. By doing so, it sets the expectation that each line contains a single field. This might help visitors decrease the number of fields being missed. At the same time such an approach might be less natural and less conversational - more of a hybrid.

Similar to variation B, this idea intends to make potentially "camouflaged" form fields more visible. It's applying colored borders or highlights to individual fields. It raises a similar question around visibility of form fields.

If some natural language form fields (ex: variation E) start of with a personal greeting, what if some also end on a personal thank you? Could such canned personality be then also expected in return? Does a friendly closure improve the authenticity of the interaction and therefore lead to higher conversions?

Share Your Own Ideas & Variations [Before Friday Nov 18th]

Are any of the above variations better or worse? The general pattern seems to be in favor of Natural Language Forms but I am planning to analyze this further. Later in the week (hopefully with additional variations from you) I'll look at the 6 existing tests again - searching for which winning or losing tests share which characteristics. These will then be turned into a series of potential DO's and DON'Ts.

Discover What We Already Know About Natural Language Forms

Evidence #66: A Possible +5.5% To Sales From An Extra Checkout Step