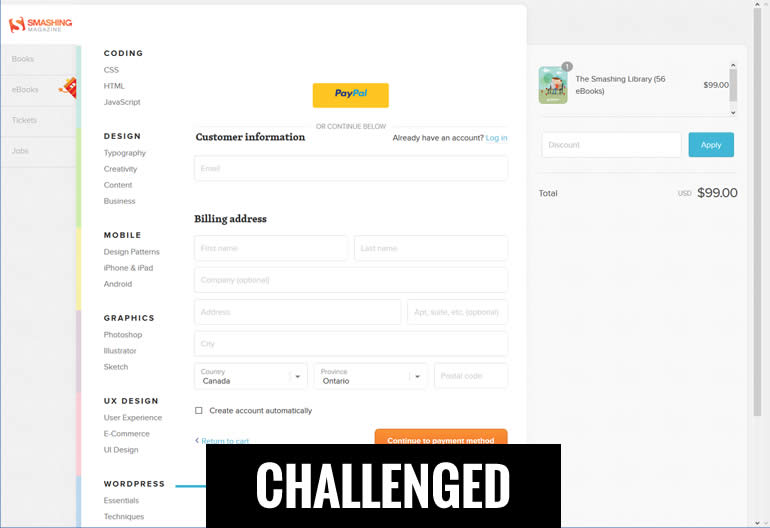 Smashingmagazine.com has a nice checkout - but it could be better. Although there are probably quite a few things that could be improved on there, today I just wanted to challenge their little coupon field. I am predicting that the No Coupon Field pattern that zaps all coupon and discount fields is highly applicable and would generate additional sales.

Here Is What We Need From You:

Variation B: Our Challenger Concept

Here is one of our very simple concepts for smashingmagazine.com to a/b test which contains the No Coupon Field pattern as the key change. 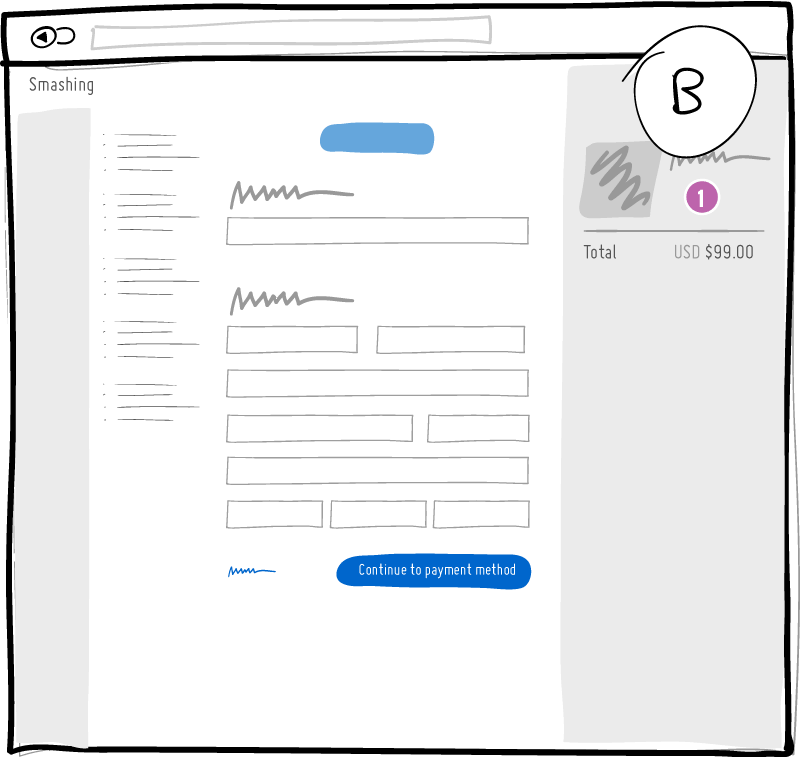 How Do I Know It Will Win?

It's not me, it's the pattern. Although I am never 100% certain, I am very confident on this one because I have observed 3 past a/b tests with similar changes in Datastories Pattern #1. We have gathered 3 positive out of 3 tests with a median +24% effect (I really doubt it will be that high). So that's what we're using to predict this. Here is a sample: