I'm opening up to the possibility that some of our UI patterns might be contextual to desktop or mobile. To feel out how some of these patterns might be reinforced, break or bend, it might be great to start with a simple side-by-side screen comparison. And so in this analysis, I chose to dissect Amazon's Account Creation flow as we know that they run 10,000s+ of experiments per year. Although a screenshot of Amazon isn't strong evidence alone, there might be some embedded probability within their implementation given that they do experiment so much. At the very least these observations could be considered as juicy hypotheses worthy of further experimentation.

Here are what the starting desktop vs mobile screens look like after having clicked "Create Account" on Amazon: 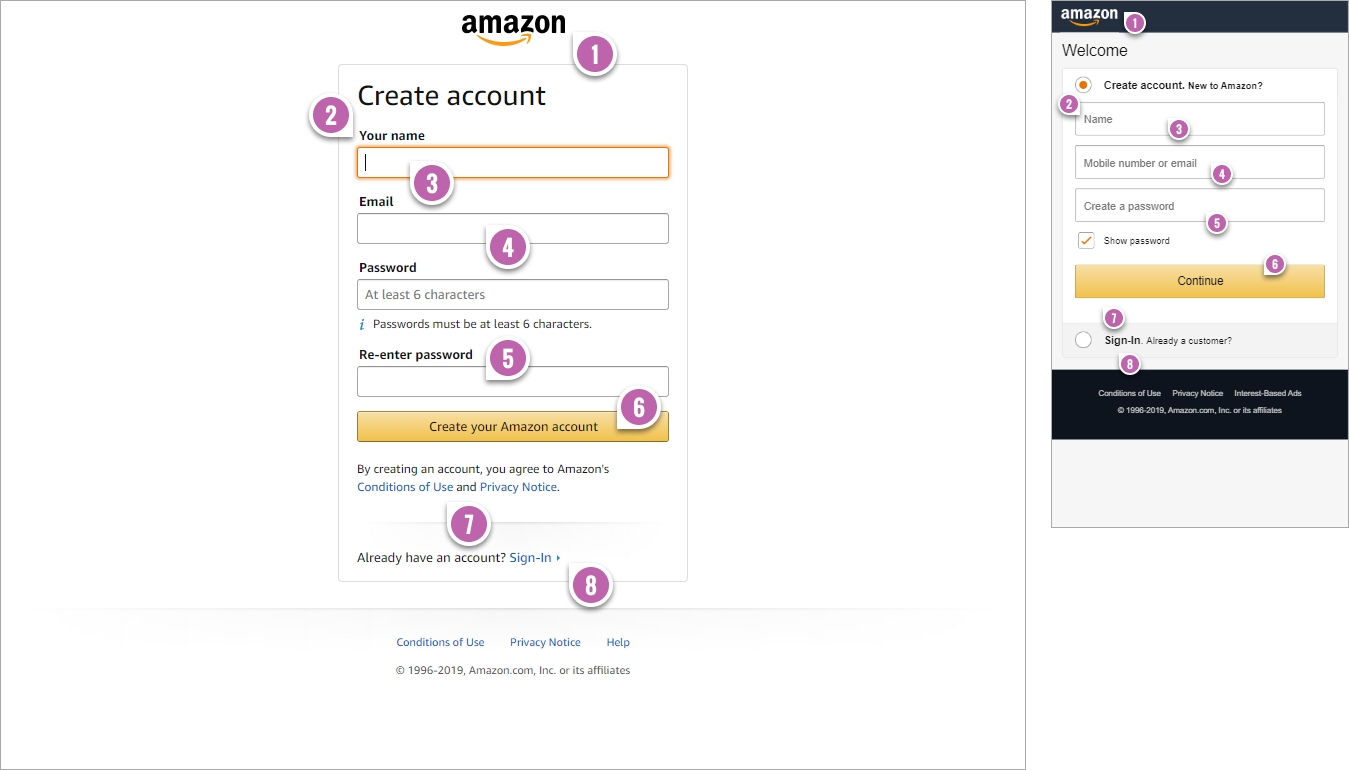 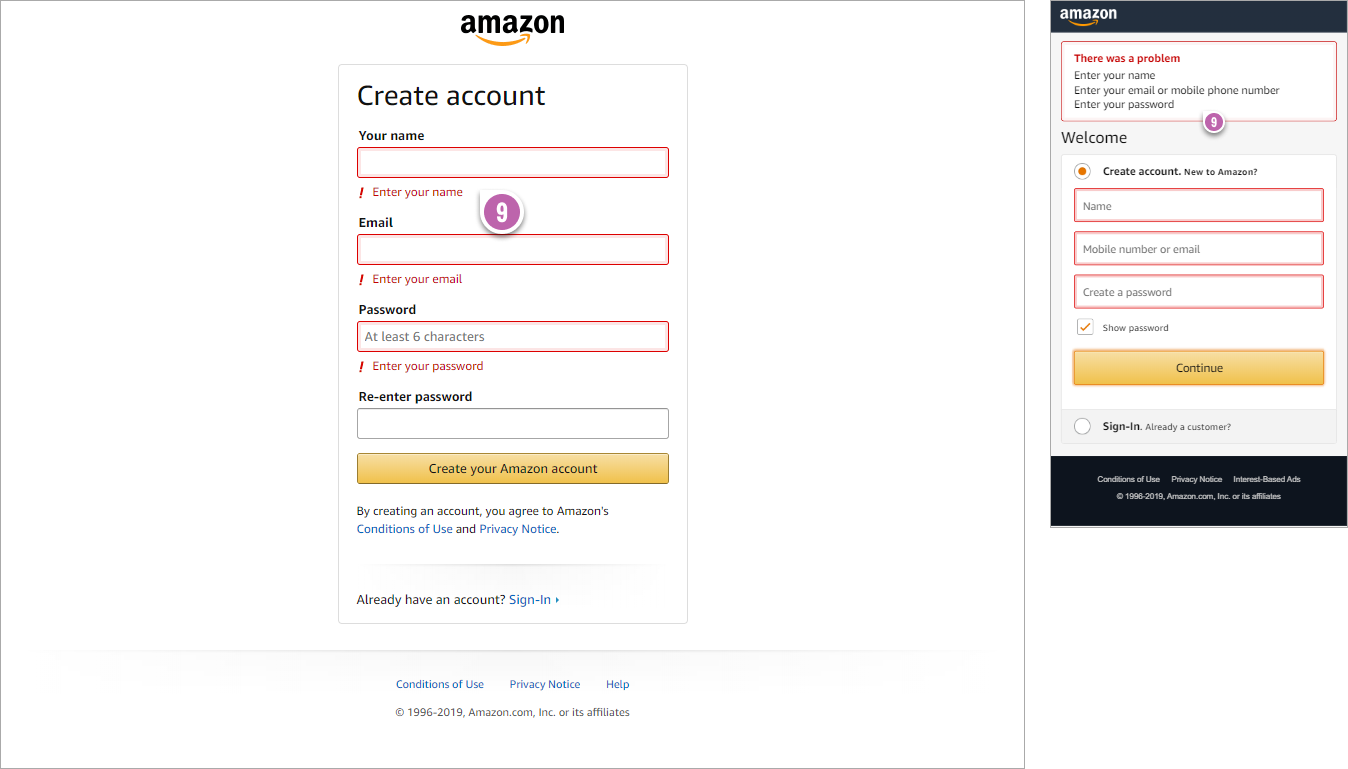 Once we fill out the first field, this is what the screens look like: 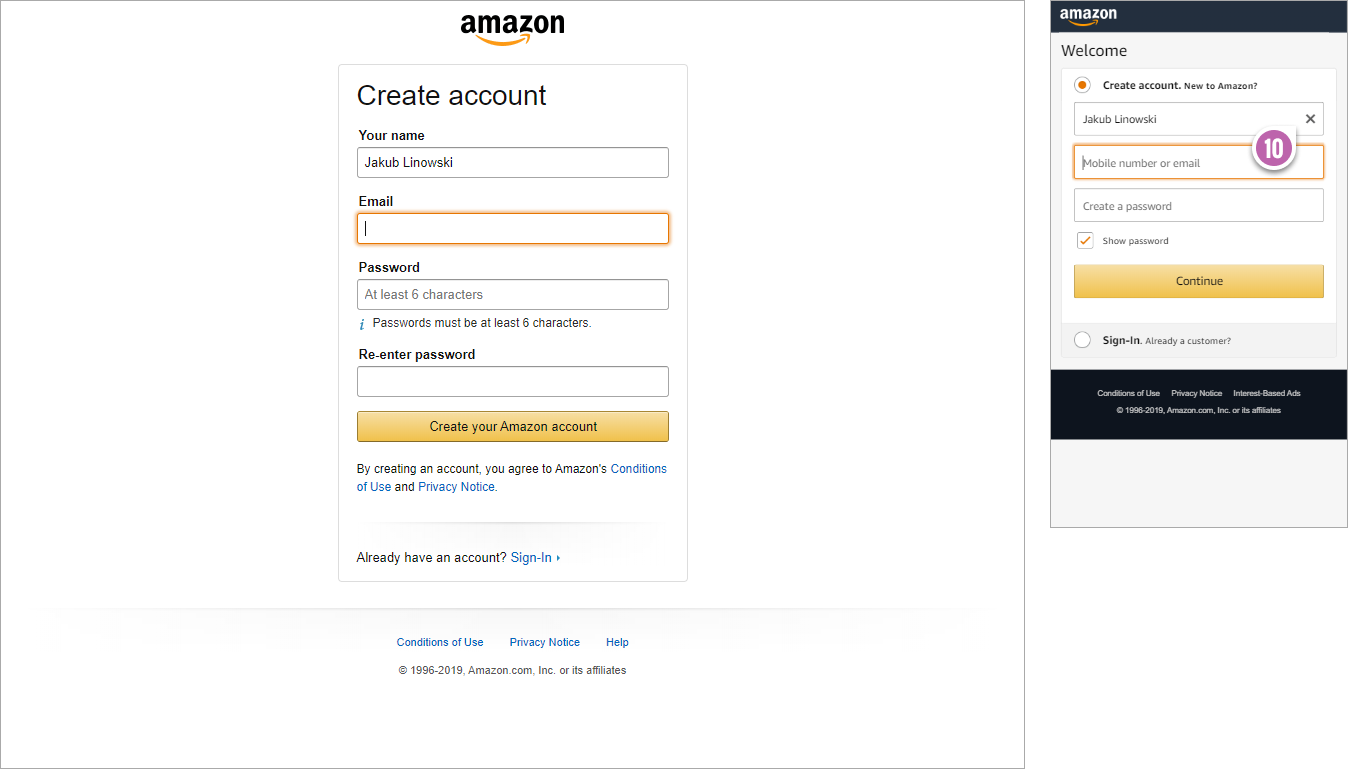 As users get to the password field here is what they see:

And at last, this is the second verification screen right after filling out the form and hitting submit. 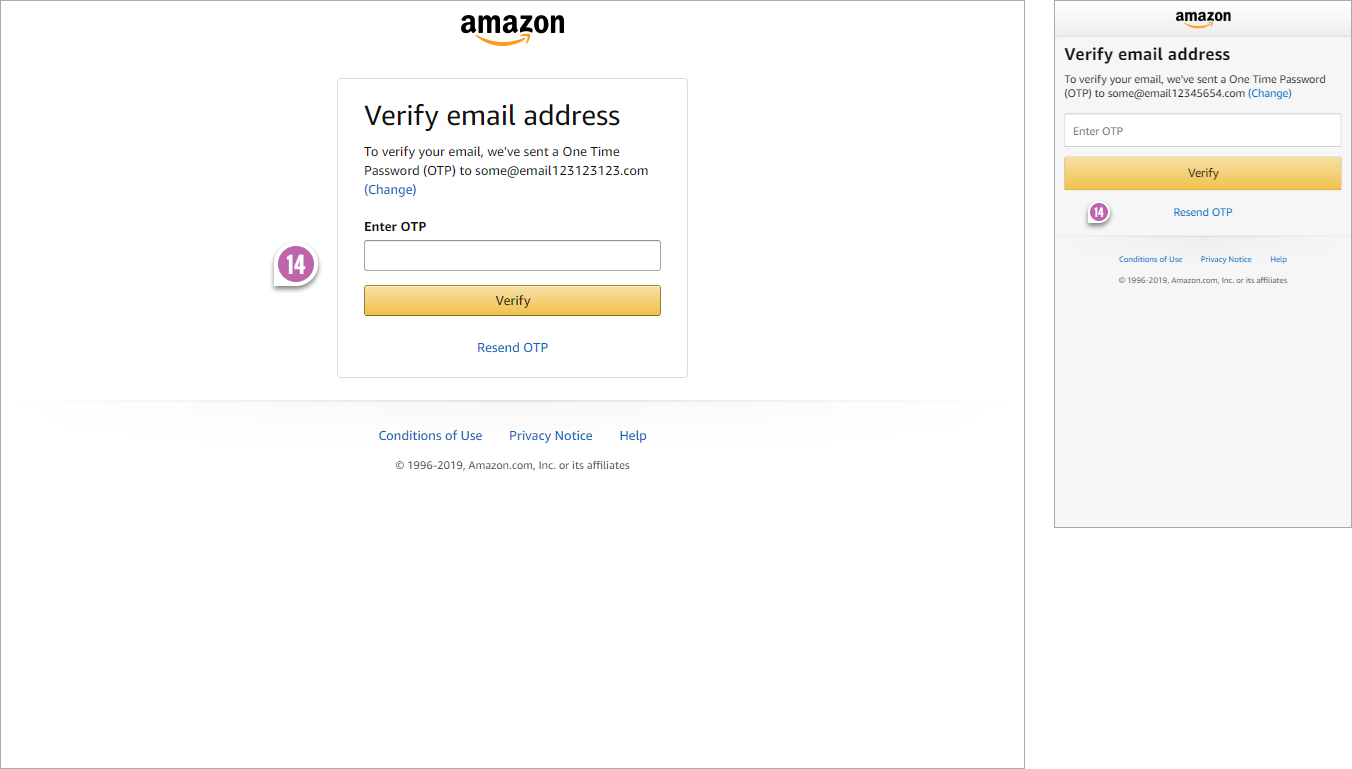 Are There Any Other Key Differences?

Share your comments if you notice any other critical differences between these desktop vs mobile screens. :)