The Failed Netflix Homepage Redesign Experiment That Nobody Even Noticed

It was last month that I took two screenshots of the Netflix homepage after clearing my cookies in between. By doing so I managed to detect an active A/B experiment without anyone even knowing that I knew - oooohh the excitement. Although Netflix is probably too big to share their experiment results publicly (although they do show their amazing process), I also knew that it was just a matter of time before they would make a visible decision. And so I waited. When February came and all traces of the experiment disappeared, it became clear that their decision was made - they rejected the B version, keeping the existing control (A). Here are some possible explanations as to why this might have happened. (with references to actively tested UI patterns of course). 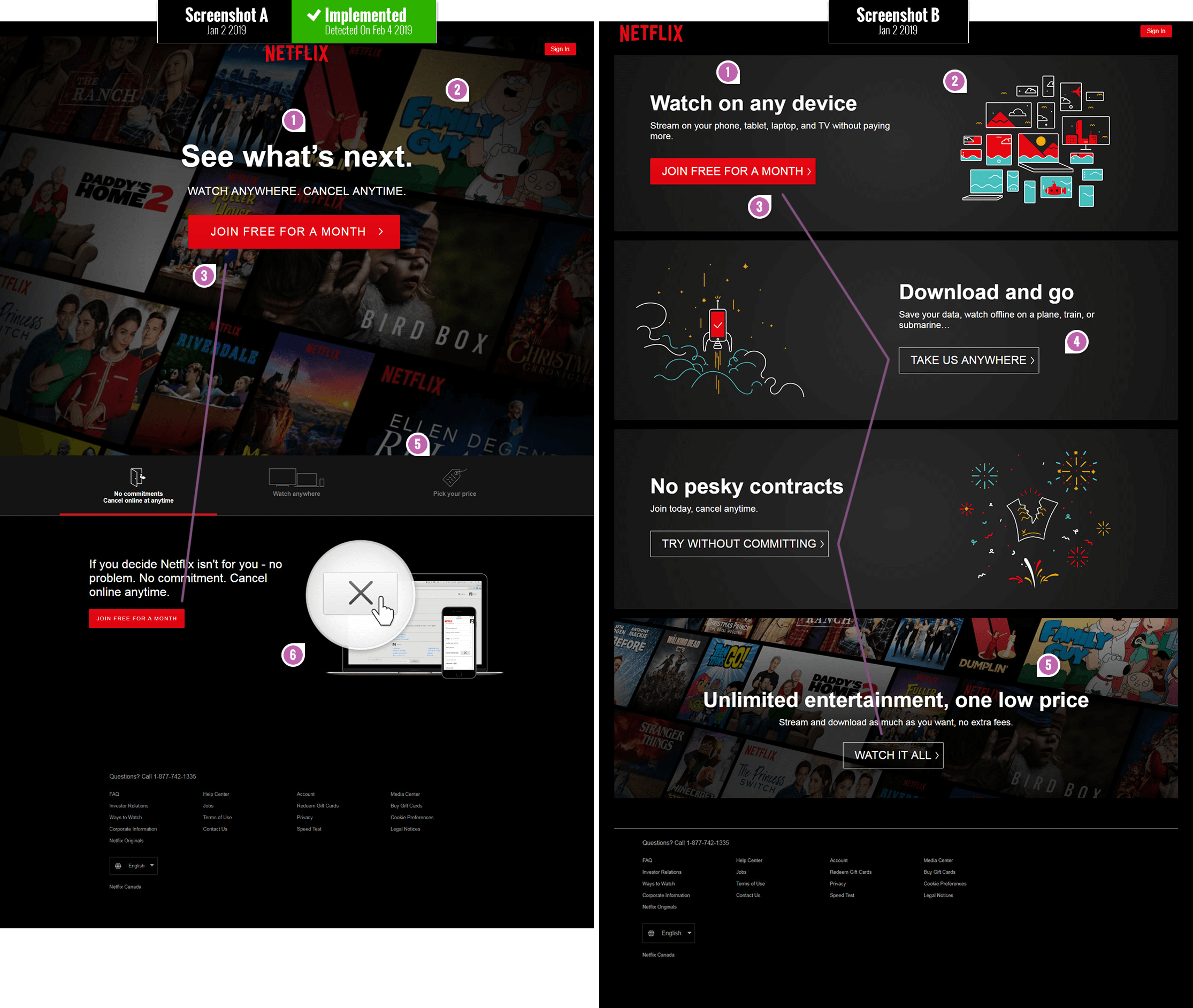 One word of caution before jumping to conclusions about all of the attributes of version A being positive. Let's keep in mind that although leap experiments such as these are very valuable (they often have a bigger effect potential for better or for worse), they do suffer from diluting causation by merging multiple variables together. In the end we can't really tell which of these individual changes were truly flat, positive or negative because they were all grouped together. To know more about the concrete effects of individual changes they need to be tested in isolation - and that's why track individual patterns. Having said this, here is why I think version A might have been implemented by Netflix, with B being rejected.

Do you think there is anything else between these two variations that might have played a key role in A leading the way? Share your thoughts. Oh and of course, if you are interested in learning about what patterns tend to win or lose, please see the wealth of evidence-based work we are actively publishing for your use.

An A/B Test In Slow Motion: Before Your Experiment Becomes Significant